Emotional abuse is such a complex thing.

Many of us aren’t even aware we’ve been emotionally abused.

So how do you rebuild? The physical abuse , the sexual abuse well you just have to let literal wounds heal. You have to come to terms with the fact you’re a little changed. You’ll forever be a little more cautious. You know for sure it happened though. You felt physical pain.

Emotional abuse though? Well how can you recover from something you don’t even know you’ve been a victim of? Well if you’re even questioning it I would thoroughly recommend doing the Freedom Programme. I know I talk about it a lot but doing it saved me from total self destruction. I dealt with the impact of the abusive relationship , but more than that I have been able to identify emotional abuse in subsequent relationships . I don’t even mean romantic involvements but just even friendships or any situations where I have to deal with other people. I am confident that now I can pick out a twat in a crowd. They think they’re ridiculously clever but they are so similar they give themselves away very easily.

So rebuilding after abuse I found incredibly difficult. I expected once I left I could snap back into being the girl I was before him. It was naïve, but I believed I’d only be truly recovered when I was back to pre -him me. In hindsight pre-him me I was a teenager, I still had a mum, I wasn’t a mum myself. You can’t just flip back into that . So I learnt that I had to rebuild but as a new version of me. A better version of me. Ultimate Kelly if you will.

The jenga tower is set up. On each brick is a character trait that makes you you. Some are little things. Maybe that you love lipstick or that you have a favourite movie. Some are huge : That you are opinionated , independent , intelligent .

At the start of the game he takes the little bricks . Tells you you don’t need to wear lipstick you’re already pretty or that that favourite movie of yours is a bit silly . Aren’t you better than that? He thought you were cleverer than that? He takes them gently and the tower doesn’t topple because these are easy bricks .

Once the easy bricks are gone things get a little more complicated . he has to go for trickier ones . He doesn’t want the tower toppling just yet , not too early he’ll give himself away. You see that brick with your best friend’s name on though? Yeah he needs rid of that and its going to be tricky because it’s one that’s helping hold the tower in place. You’ve played jenga though haven’t you? You know the key to removing the tricky bricks is confidence. Just in and taking it , you falter you’ll lose. He mentions he overheard your best friend talking about you , laughing at you , she’s only friends with you because she feels sorry for you . Just like that the brick is taken . The tower looks more vulnerable now . It could fall at any minute.

He’s not going to lose the game though , no way . Not after he’s put so much effort and time into it.

There’s one block holding things together. Keeping the tower upright that everything is resting on. It has self -belief written on. It’s the belief that you know you are strong and that you are loved and that you are worth so much more than him. He can’t let that stay. He can’t take it though either , people will realise what he is doing. So he talks you into taking that block yourself. Tells you you’re ill , you need help. You are paranoid and delusional and you need him to take care of you. With shaking hand you pull that block yourself and hand it to him.

What was once a combination of all the things that make you you is now just a heap of bricks on the floor .

The bricks stay like this for a while . You accept your lot. You’re broken , defeated and there’s nothing you can do.

Then. One day. Maybe the day after you throw him out of the game for good , maybe it takes weeks or months or even years you begin to rebuild. All on your own. All the original bricks are back , stacked and stable . The tower looks strong , but you’re aware that it would only take a few lost bricks to make you vulnerable again. So you add more bricks to strengthen the structure , to make it so strong and stable it’s almost indestructible. Bricks you didn’t even have access to originally.

You add a strong support network , you add therapy and counselling and knowledge. That Freedom Programme brick makes your tower a super structure. The self worth brick , the confidence brick , the trusting yourself brick they are all pretty hefty ones too.

You see I’ll never be the pre-him me ever again.

To become the post-me him I had to take on board more character traits that I’d never needed before . I had to become brave and self secure and independent. I had to become resilient and tough and focussed.

All the bits that had previously made me me had been demolished . I had to round them all back up again , then I had to find a few more for back up. 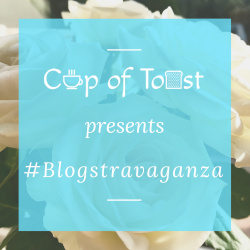