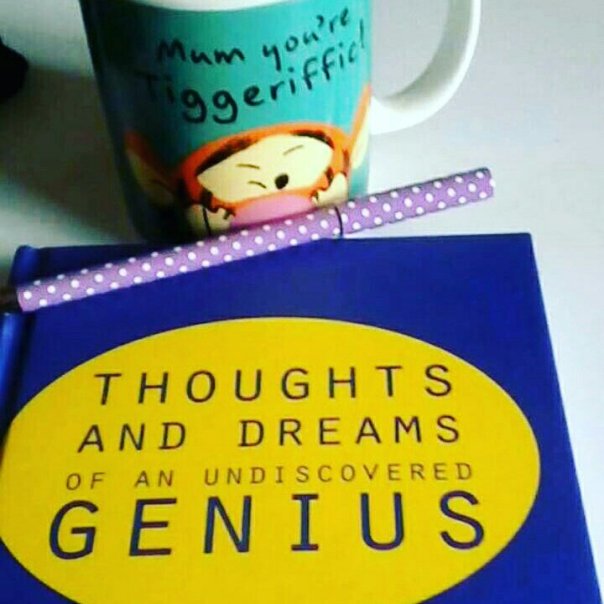 There is on the horizon hurtling towards us as breakneck speed , the World Cup.

Now we’re a football loving family here . As Hull City fans living in Manchester this doesn’t always bode well for us but we like a big football event. There’s not much more of a big event than the World Cup (well except that time Hull City got to the FA Final *weeps*)

One member of this family however is NOT a football fan. In fact safe to say she actively dislikes it. Small girl is not one to watch a football match . At the other end of the scale we have teen boy the younger . The lad is OBSESSED.Eats , drinks , breathes the game . I always say should they remake Fantasy Football he could replace Statto. He bloody loves obscure football statistics and random matches in the Danish league !!

So it appears we may have a problem. Teen boy the younger is going to watch most every match there is. Small girl will whine about this and make his life a misery, thoroughly spoiling his football watching. Our lad concocts ” a plan so cunning you could stick a tail on it and call it a weasel” – thanks Blackadder!!

He’s a real sweetie pie is teen boy the younger .You’d not think he was evil plotter and super manipulator .Seems when the beautiful game is at stake desperate times do indeed call for desperate measures.

His plan is basically to whip up a World Cup frenzy so crazed that our 10 year old heroine of the piece cannot resist getting involved.

Firstly there is the production of a World Cup Wall Chart.

Our boys knows his audience here. There is nothing small girl loves more than being able to get out her coloured pens at put them to work.

I have to concede , it is a very pretty wall chart. 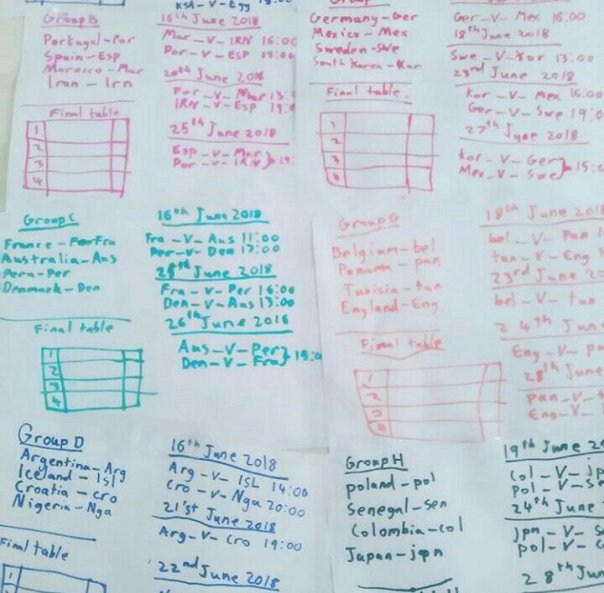 She’s not so much biting but he has her interest. She’s asking which countries are good? He involves me with her in a game of who can guess the top 20 countries in the FIFA rankings.

He then pulls the second part of his fiendish plan. (I have mentioned he studies psychology at GCSE right?)

He devises a family sweepstake.

Of course you rarely see the words corruption and football in the same sentence and I am not going to use the term match fixing ….but here’s her draw for the sweepstake (prize a huge bar of chocolate)

Seen that bottom 3???I got bloody England!

Ok now she’s in …the coloured pens are back and and we all receive a personalised timetable with dates and times ‘our ‘ teams are playing!

Like a master of timing he begins bigging up mum’s football snacks.

Football snacks have been a thing in this house a very long time.

It’s basically nachos , chicken wings and pizza accompanied by the usual crisps, nuts and sweets. Sometimes I’ll sling in a few wedges ,bit of garlic bread, bit of salad ,corn on the cob.

Anyway the kids love it , make a real big deal out of it.

By now small girl is pretty much in. She’s there ready to be reeled in , she’s even chatting excitedly about it. The boy has done a good job here.

So he pulls his finest move .

He’d run this plan by me the day before and as we’re all a bit daft in this house I LOVED the idea.

The plan being choose a country playing that day and make a traditional dish from that country.

If you’ve read much of this blog you’ll know small girl is a cooking enthusiast. She is a mini Masterchef. Cookery programmes are her thing. Recipe books are her oxygen!!

The thought of doing research , finding recipes and then cooking them is the most exciting thing she’s ever heard. Stroganoff is researched for the opening day!!

Now this post was going to be a tale of how scarily manipulative teen boy the younger is and how I was going to sell him to the circus before our house turned into a weird cult .

However, what it actually has been is a really lovely bonding experience between them. They’ve spent hours together working on wall charts and the like , she’s a touch of hero worship at his vast knowledge of all things football . They’re hanging out together now playing a computer game , completely unrelated to football !!

I think this sibling relationship has certainly benefitted from making pretty wall charts though!

Mummy in a Tutu